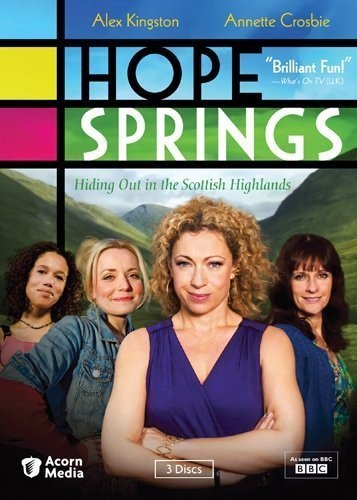 Episode(s) Number: Appeared in all episodes

Four recently paroled female English thieves pull an elaborate stunt to steal a fortune in cash and get a crime boss arrested for it. They plan to escape to Barbados with the loot, but mess up. They hide for a while in Scottish town Hope Springs, where they pretend to take over the run-down hotel as a cover. They soon lose the fortune in a fire, so they must stay and make the hotel work, but get caught up in local crime mysteries too.

« Previous project
Noughts and Crosses Next project »
Be Near Me