Marvel’s next big superhero movie, “Eternals,” is in theaters only on November 5.

Get to know them before the film’s release next month.

“Game of Thrones” star Richard Madden plays Ikaris, another leader of the Eternals. 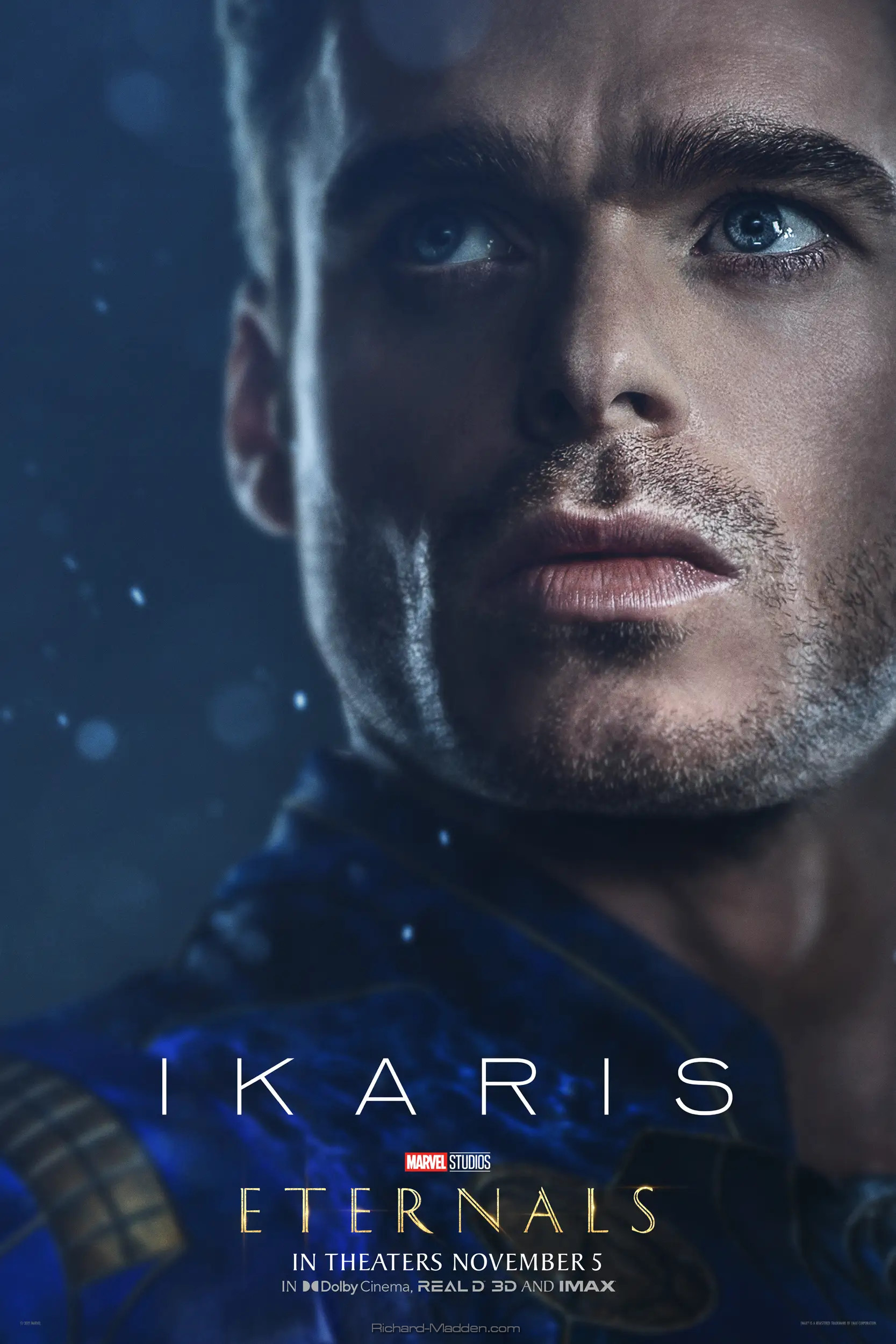 Ikaris can fly and shoot beams of cosmic energy from his eyes. Here, his character has a romance with Sersi.

CBR: Also posted this in May-
In Marvel comics lore, Ikaris (Richard Madden) is the father of the Icarus, the character from Greek Mythology who flies too close to the sun with his magical wings. After his son died, Ikaris took his name and his original name has never been revealed. He has extreme physical abilities, even compared to other Eternals. He’s faster, stronger, able to withstand intense temperatures and force. It’s practically impossible to wear him out or injure him. Though he also possesses psychic abilities, he is not as adept as his counterparts in those areas. Ikaris and Sersi have been in love for many lifetimes, but the presence of the Black Knight in Eternals poses a problem for the couple. And as the end of the trailer suggests, he’s not known for his humility.

This entry was posted by AliKat on Wednesday, October 13th, 2021 at 3:05 am. It is filed under Articles, Eternals, Promotional Posters. You can follow any responses to this entry through the Comments Feed.